What is today ARCOIN was founded by José Juan and dates back to 2006, when it was created as a company to produce the branches of LA CAJA INSULAR DE CANARIAS, which was undergoing a period of expansion.

As a result of the growth in its activity and turnover, it later joined the company José Antonio in 2007 before starting a phase of significant business growth in terms of its activity, including personnel appointed, investments and the attracting of new clients.

Our implementation of the AENOR ISO UNE-EN ISO:9001-2008 quality management system and our CLASSIFICATION AS A STATE CONTRACTOR under Group C: BUILDING, CATEGORY E in 2008 was when we began to consolidate our position as a construction company, a significant part of our turnover being from contracts with the Public Authorities.

2009 was a year in which the crisis in the construction sector affected us in terms of both obtaining contracts and turnover. We therefore decided to diversify our activity into the Services and Concessions sector.

In 2010, our goal was to consolidate our position as a construction company in the Canary Island Archipelago and to implement the AENOR UNE-EN ISO: 14001 environmental management system. We also decided to increase our CLASSIFICATION AS STATE CONTRACTORS IN CONSTRUCTION AND SERVICES to be able to increase our turnover with the Public Authorities. 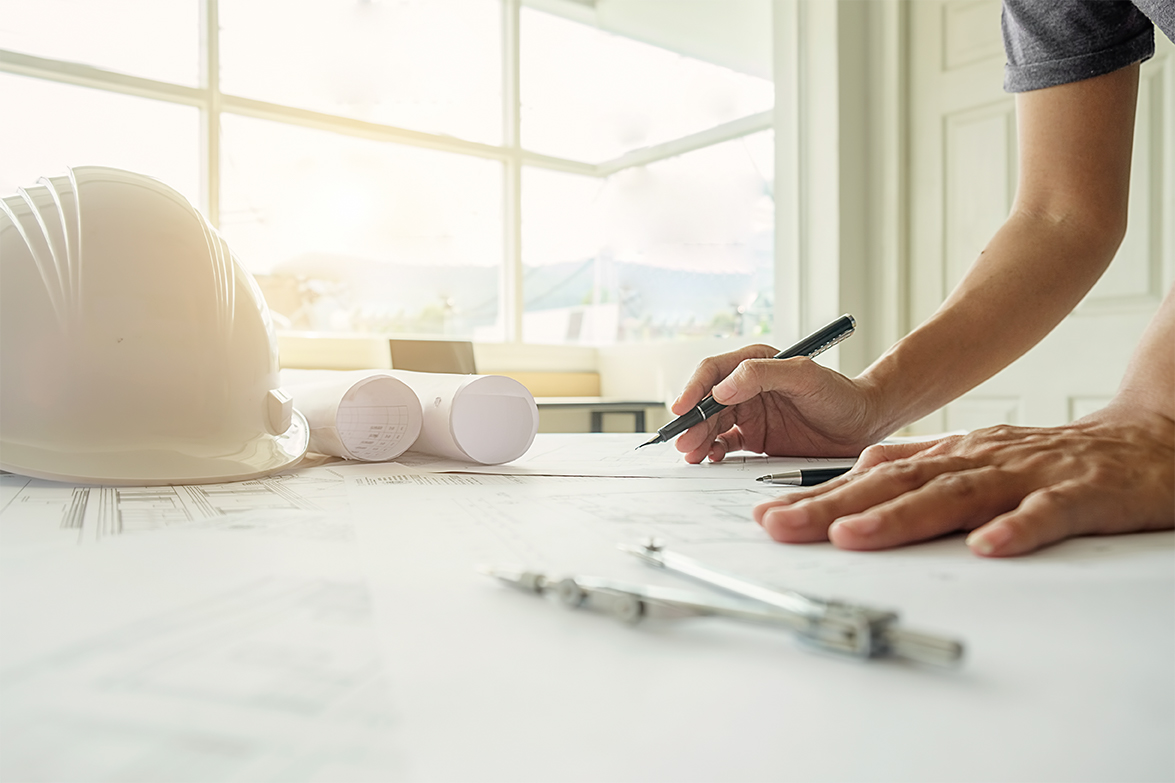 PROFESSIONALS WITH MORE THAN 15 YEARS OF EXPERIENCE

For ARCOIN people management is one of its competitive advantages over other companies. We therefore try to look after our interpersonal relationships as much as possible and manage the skills of each employee.

Our aim is to make ARCOIN the best place to work, supporting the personal and professional growth of all of our employees. To reach this goal, we promote a learning culture based on the experience of our knowledge, placing the personal development of our workforce at the centre of the organisation.

At ARCOIN we consider our workforce to be one of our most important assets and one of our main values and we believe that investing in continuous improvement through the training of our employees is essential to ensure the competitiveness required by the market.

Since it started, ARCOIN has imposed the utmost support for the company workforce as one of its basic internal values. Therefore, Occupational Risk Prevention has been one of the mainstays on which company growth is based.

Due to its the firm commitment towards the Company and its employees, the resources that ARCOIN has devoted to Prevention within the company go beyond strict compliance with current regulations at all times.

ARCOIN has a qualified team of professionals at your disposal while the project is underway, providing top-class technological products from among their proposals and solutions, in collaboration with the leading manufacturers.

ARCOIN, S.L. has qualified personnel for the Management and Implementation of any project and any subcontracted work will remain under the supervision of the ARCOIN management, passing the quality controls and requirements of the quality certificate.

ARCOIN  lists all of the actions established in its Human Resource policy.
The actions to consider are as follows:

The responsibility of ARCOIN for managing, organising and controlling employees, as it has a separate status and independent organisation.

However, to ensure that the image of its clients is not harmed, ARCOIN, S.L. undertakes to take all measures it considers necessary for its personnel to meet the following requirements:

With regard to personnel, ARCOIN expressly undertakes the following:

The mission of ARCOIN  is to create value under conditions of economic, social and environmental sustainability, in line with the specific interests of its clients, the company workforce and the group of people and organisations interested in its success.

To fulfil this mission, ARCOIN builds, organises and manages environments to improve the quality of life of citizens.

ARCOIN  is a construction company and this will remain its core business in the future. All of its areas of diversification have become activities closely linked to construction and to the services sector, with great growth potential.

ARCOIN  has defined long-term policies that become business strategies, including the following:

The corporate strategy of ARCOIN focuses on:

Corporate responsibility is put into practice at ARCOIN  through its commitment towards continuous improvement, innovation and anticipation, transparency of information and the rational and balanced integration of diversity in the areas where it works and in its relationship with all interested parties to ensure dialogue and transparency with the groups of interest form the focal points.

Financial management, based on improved productivity, increased investment and risk diversification through geographic expansion, has an impact on the financial conditions of its groups of interest and on the surroundings in which it is present, promoting the generation of the business network and the creation of employment.

Good governance involves the responsibility, efficiency and transparency of the managing bodies of a company. However, for ARCOIN it also involves anticipation, providing feasible solutions in advance, adopting new organisational formulas and renewing behavioural and communications strategies.

The responsibility of ARCOIN towards its employees focuses on creating safe, stable conditions and workplaces, encouraging their professional and personal development and promoting diversity and equal opportunities. Occupational risk prevention is particularly relevant for ARCOIN and this policy is developed in a modern, effective manner. Promoting and maintaining a prevention culture is its constant commitment towards company employees and towards society in general.

Permanently striving for quality and excellence in all ARCOIN activities, the company maintains a degree of internal exigency to ensure client satisfaction through compliance with legal and contractual requirements to a level that is above their expectations.

ARCOIN considers innovation and technological development to be one of the mainstays for ensuring the greater financial efficiency of its activities and, in short, for increasing competitiveness while respecting the environment and ensuring social responsibility.

ARCOIN  is greatly aware of the need to involve all of its colleagues, suppliers and subcontractors in expanding the values, good practice and behaviour of ARCOIN  while performing their activities and services. Clearly and precisely establishing the bases of contracts, streamlining communication and dialogue and providing the necessary assistance and training to ensure they take part in the ARCOIN  management systems is of mutual benefit and favours sustainable growth.

The ARCOIN Code of Ethics is one of the main parts of the Corporate Social Responsibility management of the company and is the means of developing its corporate values.

It constitutes an express declaration of its values, principles and behavioural guidelines that are to direct all company employees in the undertaking of their work.

The process of insular diversification and expansion started in 2008 has led to a new scale of company, where the diversity of people and settings is an intrinsic value and one of its current distinguishing features.

This Code guarantees the collective application of company commitments, effective compliance with human and work-related rights and the integration of all people, with their complexity and diversity, into the corporate culture.

The Code, which seeks to share the corporate values forming part of the business culture with all groups of interest, aims to:

SEND US YOUR INQUIRY